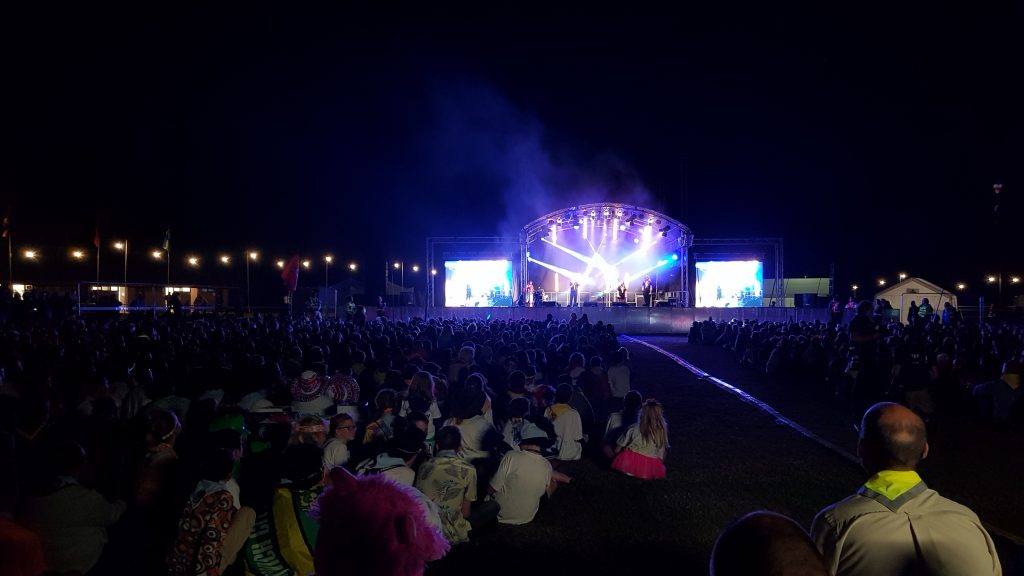 Over the last 13 years as a leader within the Scout movement, I’ve attended many different events, from National events like; Gilwell 24 and Fundays, UK based Jamborees like; Essex International Jamboree, Poacher and Norjam, and also World Scout Jamborees in the UK in 2007 and Sweden in 2011.

At all these events, the participation isn’t just restricted to Scouts, there are also Guides who attend these events!

Yes! well, actually a number of the UK based Jamborees are jointly organised by members of Scouting and Guiding! How modern eh?

One of these, while at a UK based Jamboree, I heard members of the Guides complaining that the Scouts made a big fuss because Bear Grylls was dropping in for a quick visit. Now, I’m sorry, but as a member of the media team at the event, it’s one of the best chances we have of getting our Jamboree story out to the widest possible audience, to the benefit of both movements.

At other times, I’ve heard Scouts not giving the true respect to Guiders because they don’t believe they have the skills or knowledge to do a certain task, or telling new members of Scouting that they now joined the right movement after switching from Guides to Scouts.

Both organisations have their own stereotypes;

Let’s just step back and look at ourselves.

Our Movements are so very similar. We both try to prepare young people for their journey through life, We both focus on life skills, We both take part in adventurous activities, We both go camping. We both have stereotypes we both want to change.

Yes, Guides is for Girls and Scouts are now co-educational, but each movement still has their own place.

I’ve made friends with Guides from all over the world, some of whom, if I was in a survival situation, I’d most definitely hope they were with me due to their skills over those of some of the Scouters I know.

Most of my Guiding friends know that we can have a laugh and joke about our movements, picking up on the stereotypes, having a bit of a laugh about if you can be members of both movements at once (Can you be a Scout and a Guide?), and let’s not mention the invisible table!

But it’s all a bit of fun between us, we both give as good as we get. But for the majority of people I’ve heard, this isn’t just a laugh and a joke, they really believe it and they get offended really easily from anything said by the other movement.

Lets just all think before we speak, if its a joke, make sure the other party knows it and if it’s truly your thought, maybe you need to spend more time getting to know the other organisation.

We can work together, we both have the same outcomes and if a member chooses Guides over Scouts or Scouts over Guides, then shouldn’t we just all be happy that they are involved in either of our organisations?